Finding accommodation in Granada need not be stressful as there are a wealth of options to cater to all tastes and budgets. Below we list some of the cheapest options, with budget travellers in mind. 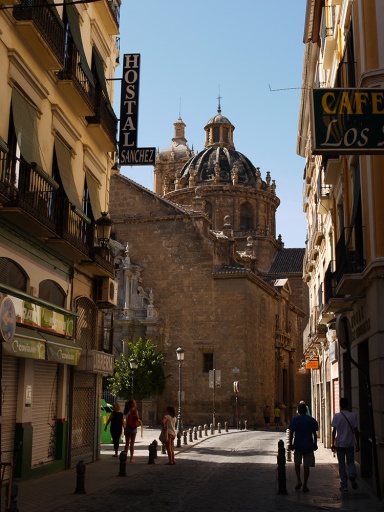 Funky Backpackers (Conde de las Infantas, 15-17) is centrally located, only a few minutes walk from the Cathedral, and offers Wi-Fi as well as a host of activities for those looking to meet fellow travellers. 6 bed mixed dorms are the cheapest option (9€-11€) but there are slightly more expensive dorms (4/5 mixed: 10€-16€ and female only:13€-15€) available.

HostelOne Granada (Calle Azhuma 30) is perhaps a little further out of the centre, but it is still within walking distance of the major attractions and has a shared kitchen and a charming rooftop garden in which to relax. Basic 6 Bed Mixed Dorm cost between (9€-11€) and are the cheapest option. Other dorm rooms include Standard 6 Bed Mixed & Female Dorms (12€-14€).

Oasis Backpackers Hostel Granada (Placeta correo viejo, 3) is situated amongst the narrow winding streets of El Albayzín so it is an ideal place from which to explore the city on foot. Wi-Fi and breakfast are both available and the highlight is probably the relaxing patio with a BBQ, a great place to make new friends. 10 Bed Mixed Dorm (10€-14€) is great for penny-pinchers, although there is a variety of other dorm options with the price increasing as the size gets smaller.

Granada is a very popular Erasmus destination, which ensures the most active night-life anywhere in Andalucía outside of Sevilla. As it’s typically for Spain, the bars and clubs fill up very late, generally starting to get busy around 12 pm; restaurants tend to open their doors at around 8 pm.

Things to try and buy

Granadan cuisine is quite typical of Andalucia with staples such as gazpacho soup and grilled sea food available in almost all restaurants. However, for those looking to try local specialities Tortilla Sacromonte, a Spanish omelette with a local twist, is a good place to start. Jamón de Trevélez, ham that is cured in the snow of the mountain top villages surrounding the city, is unique to the region and is often served with other local specialities such as Papas a lo Pobre (potatoes and green peppers) and Migas (fried bread) to make a filling meal. In the chilly winter months Olla de San Antón, a pork, bean and potato stew, is the perfect stodge food.

Granada is also one of the few cities in coffee drinking Spain where tea is popular. So, if you are fan of a cuppa, head to one of the many Moroccan tea houses where you can try some green, black, white and red varieties.

Marquetry pottery (made by applying pieces of veneer to form decorative patterns) is also considered something of a local speciality and is heavy influenced by Moorish designs and makes an interesting souvenir.