Posted on June 4, 2013 by Hitch-Hikers Handbook

Santa María de León Cathedral is a masterpiece of the Gothic style and took over three centuries to complete. The cathedral is a playground of light and its stain glass windows are among the most impressive in the world, pouring colour around the vast space. 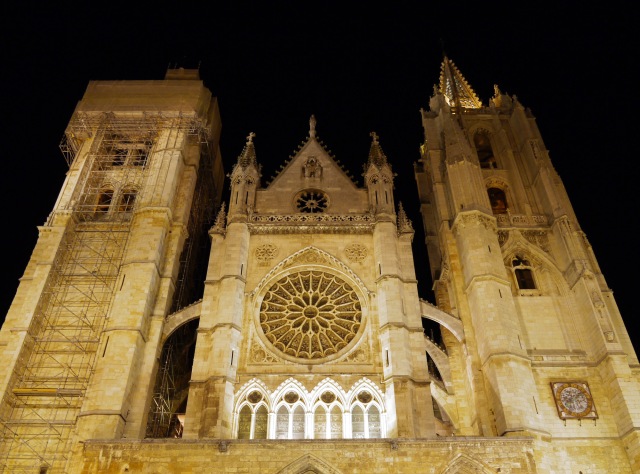 Situated on the site of a 2nd century Roman baths and a former Royal palace, construction began on León Cathedral in the 13th century, under the command of the Master architect Enrique and was not fully completed until the 19th century. 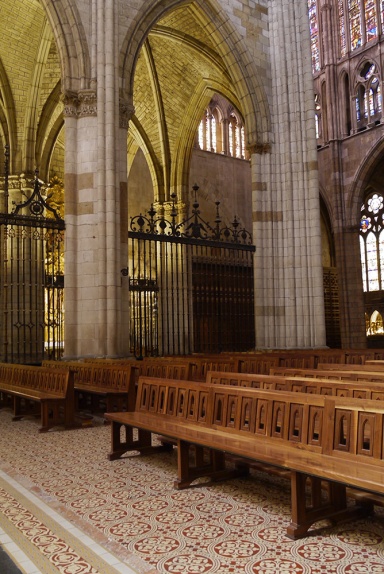 Probably the finest example of Gothic architecture in all of Spain, it was modelled on the Gothic cathedrals of France especially Rheims Cathedral and St-Denis Basilica. The western façade is particularly striking and is flanked by two towers and contains some beautifully made Gothic portals and a large Catherine window. Within the Cathedral itself, 125 medieval stained glass windows illuminate a French Gothic interior with three aisles, a short transept, and a five-bay choir. The stunning effect of the rays of sunlight crashing through the stained glass windows onto the lightly coloured stone has earned the temple the nickname “House of Light.” 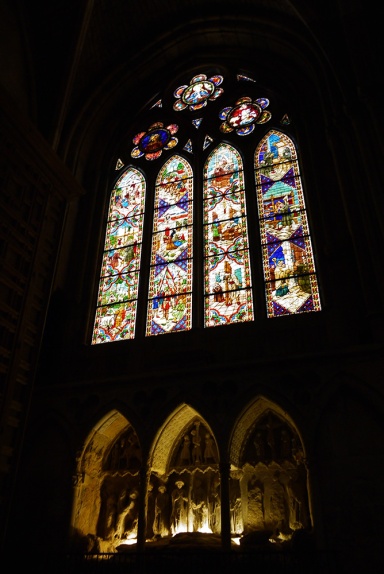 The north transept adjoins to the 13th and 14th century cloister, with notable features being the Romanesque and Gothic tombs, and the, now faded, but finely detailed frescoes. The Cathedral Museum (Museo Catedralicio Diocesano de León) houses nearly 1,500 works of art from prehistoric times to the 18th century with a special focus on religious art including over 50 sculptures of the Virgin Mary. 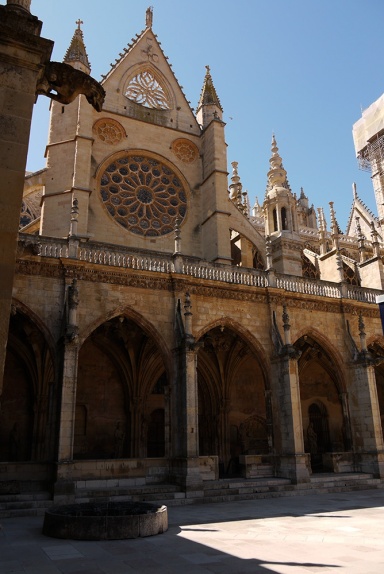 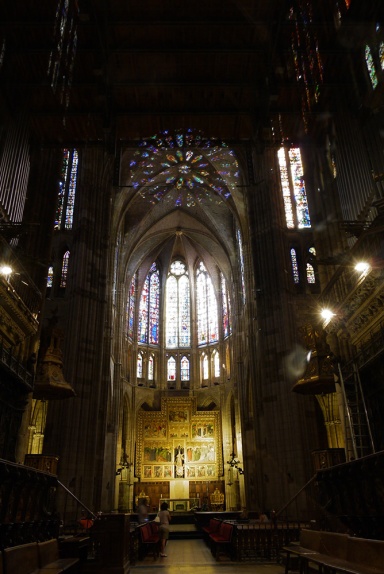