Posted on October 30, 2013 by Hitch-Hikers Handbook

Cultural centre and beating heart of Andalusia, Seville is the region’s largest city and is home to the quintessential Spanish experience of Tapas, Flamenco and Bullfighting. The city is a wonderful mix of Roman, Islamic, Gothic, Renaissance and Baroque heritage, and is a treasure trove of winding alleys and sun kissed plazas. Many are drawn for the architecture, others for culture and everybody for the nightlife, as a bar on every corner is not enough to contain the good natured, lively crowd. The city’s annual feria is legendary and its Semana Santa (Holy Week) festivities are the best in the region. A must see if ever there was one but be warned Seville doesn’t come cheap with food and accommodation far more expensive than other cities in Andalusia.

Seville is the capital and largest city of the autonomous community of Andalusia and the province of Seville and has a population of over 700,000. It is situated on a plain of the River Guadalquivir and is divided by the river into two halves: Sevilla and Triana. 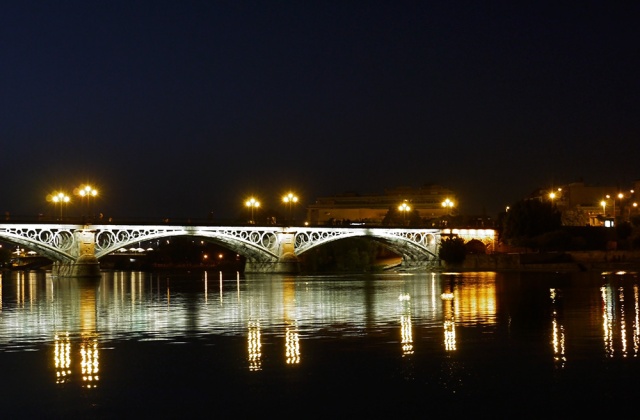 Mythically founded by Hercules, Seville dates back to the 8th century BC when it was initially populated by the indigenous pre-Roman Iberian people of Tartessos. After the Tartessos’ defeat by the Carthaginians the city eventually fell under Roman rule, after the 2nd Punic War, who renamed it Hispali. After the fall of the Western Roman Empire, successive Germanic invaders ruled the city until the Visigoths grabbed control until the 8th century.

After a brief period of Christianisation, Seville was conquered by the Moors in 712 and was incorporated into Muslim al-Andalus. It was soon made the capital of the Umayyad Caliphate which was in turn followed by the Almoravid and Almohad dynasties. The influence of the Muslim dynasties is still very much evident in the look and feel of the city today. The most stunning example being the Alcázar of Seville, a royal palace originally designed as a Moorish fort. 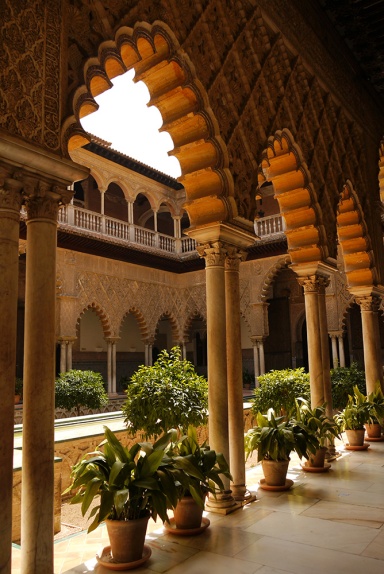 When the Castillian conquest reached Seville in 1248, Christian rule was re-established and Seville became one of the most important cities in the now unified Spain. It often housed the Royal Court and became a great centre of learning. The city’s development gathered apace leading to its golden age in the 16th century, following Christopher Columbus’ expedition to the New World. The voyages, and the commerce that was to follow, helped make Seville rich which is evidenced by the fine Cathedral and Merchant’s exchange: Archivo General de Indias built during this period. 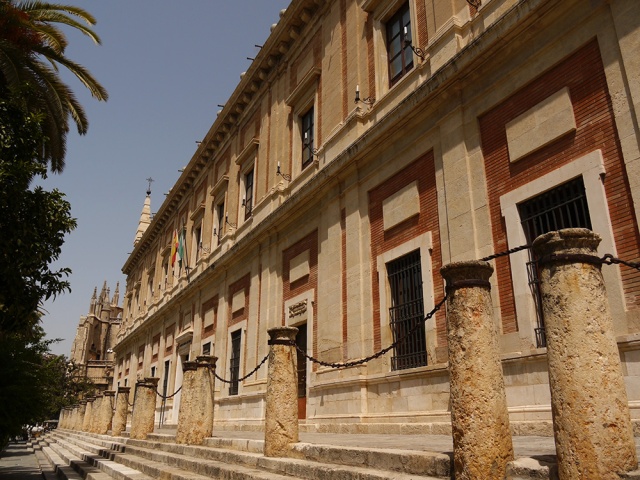 The inevitable economical decline came in the 17th century and was augmented by plague and floods leading to a drastic reduction in the city’s population. The arts continued to flourish however, as the city’s artists enjoyed a Baroque golden age of Sevillian painting.

In the 20th century Seville held the Ibero-American Exposition of 1929, the buildings of which remain in the María Luisa Park, but the good times didn’t last forever as the city was swept up in Spanish Civil War. Despite its leftist tendencies on the outbreak of war, it fell quickly to Franco’s Nationalist and was to remain there for the duration of the war. 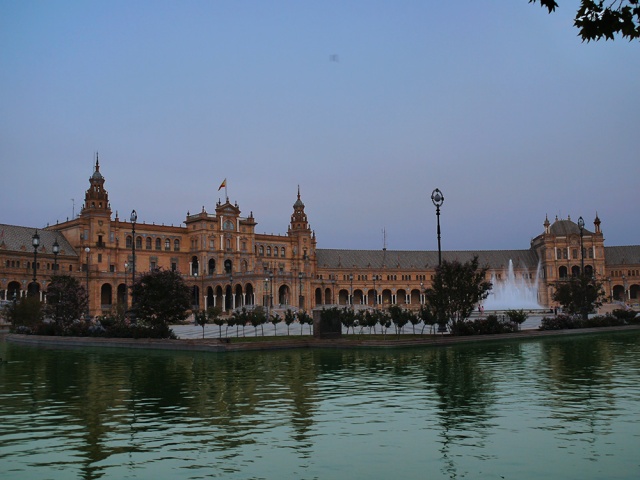 After the return to democracy, Seville held Expo’92 which led to a great improvement in the local communications network infrastructure as public transport was improved, new rail connections built and new bridges constructed. At present, a Metro system is under construction which should have been finished in 2006 but is still under construction.

Seville is the largest economy of Andalusia, accounting for ¼ of its total GDP. It is the engine of industry and finance for the south of Spain and its two universities are important research and development centres. 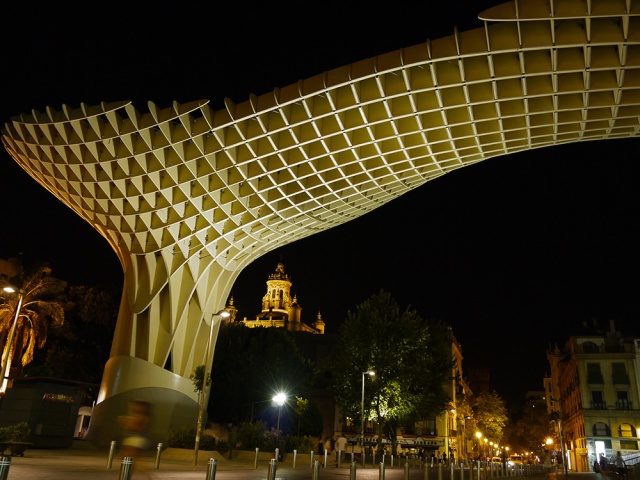 The two most famous city festivals are the Semana Santa (Holy Week) and the Feria de Sevilla (Seville Fair), also known as Feria de Abril (April Fair). Seville’s Semana Santa processions are famous the world over for their solemnity and decoration and take place in the week leading up to Easter. The Feria de Sevilla is less religious and more fun and is typified by alcohol, conversation and dance. Men traditionally wear traje corto (short jacket, tight trousers and boots) and women trajes de flamenca (flamenco style dress).

1 Response to Why visit Seville, Spain?